I'd spent months planning for the MCM Expo making stock, working out what to take, finishing off my DnD dice, working on stall layout and it went by in the blink of an eye... 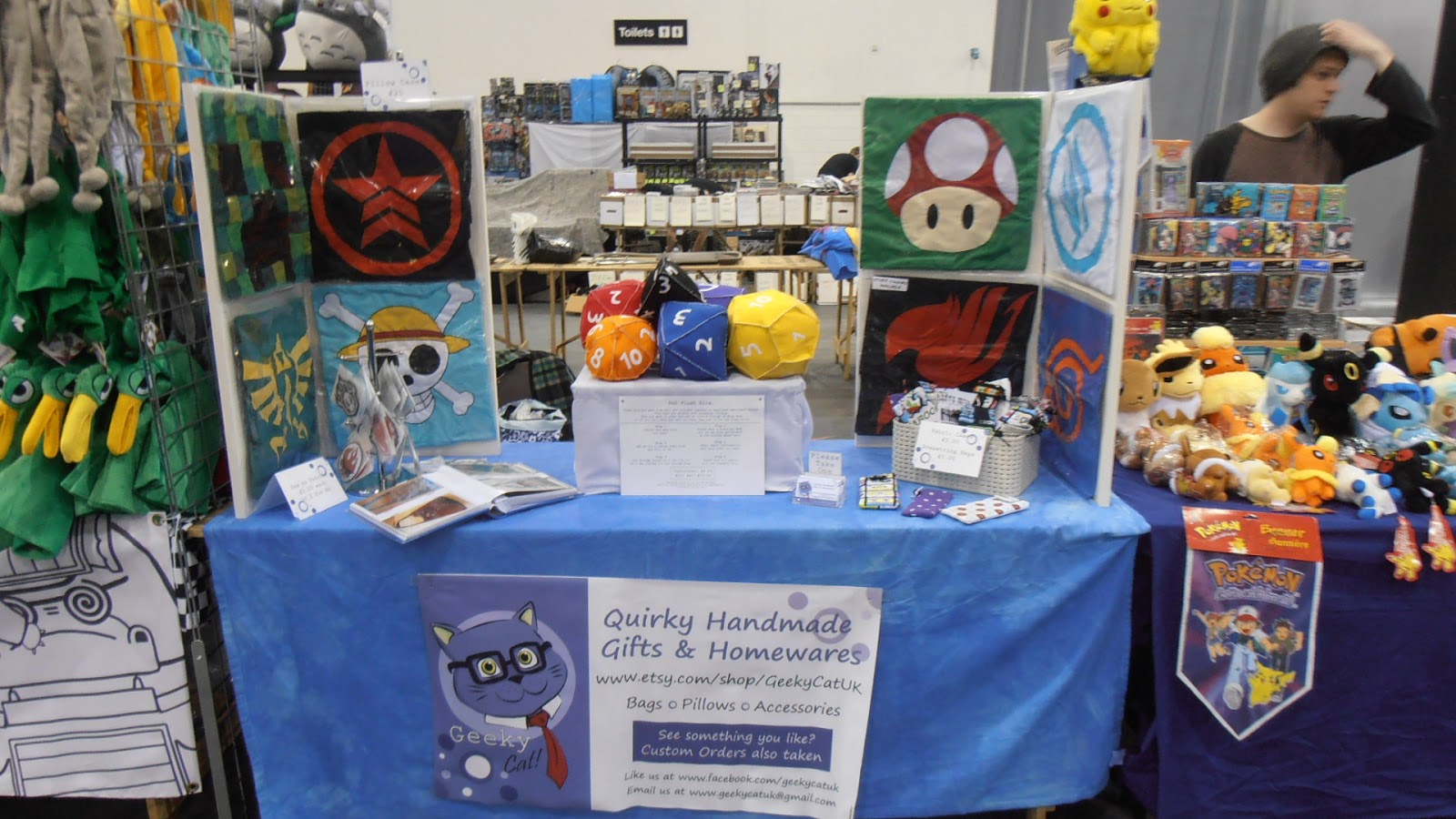 The DnD Dice were definitely the most popular and I sold more of the sew on patches then I thought I would. I didn't expect the dice to be so popular so next year I will be making them to sell straight away.

One of the highlights for me was meeting Mark Meer he was so nice and spent a good five minutes talking with everyone who wanted something signed. I got him to sign one of my pillow cases which is going to be framed and hung on the wall. In fact if there is ever a fire in my house it will be one of the things I grab if I get a chance. 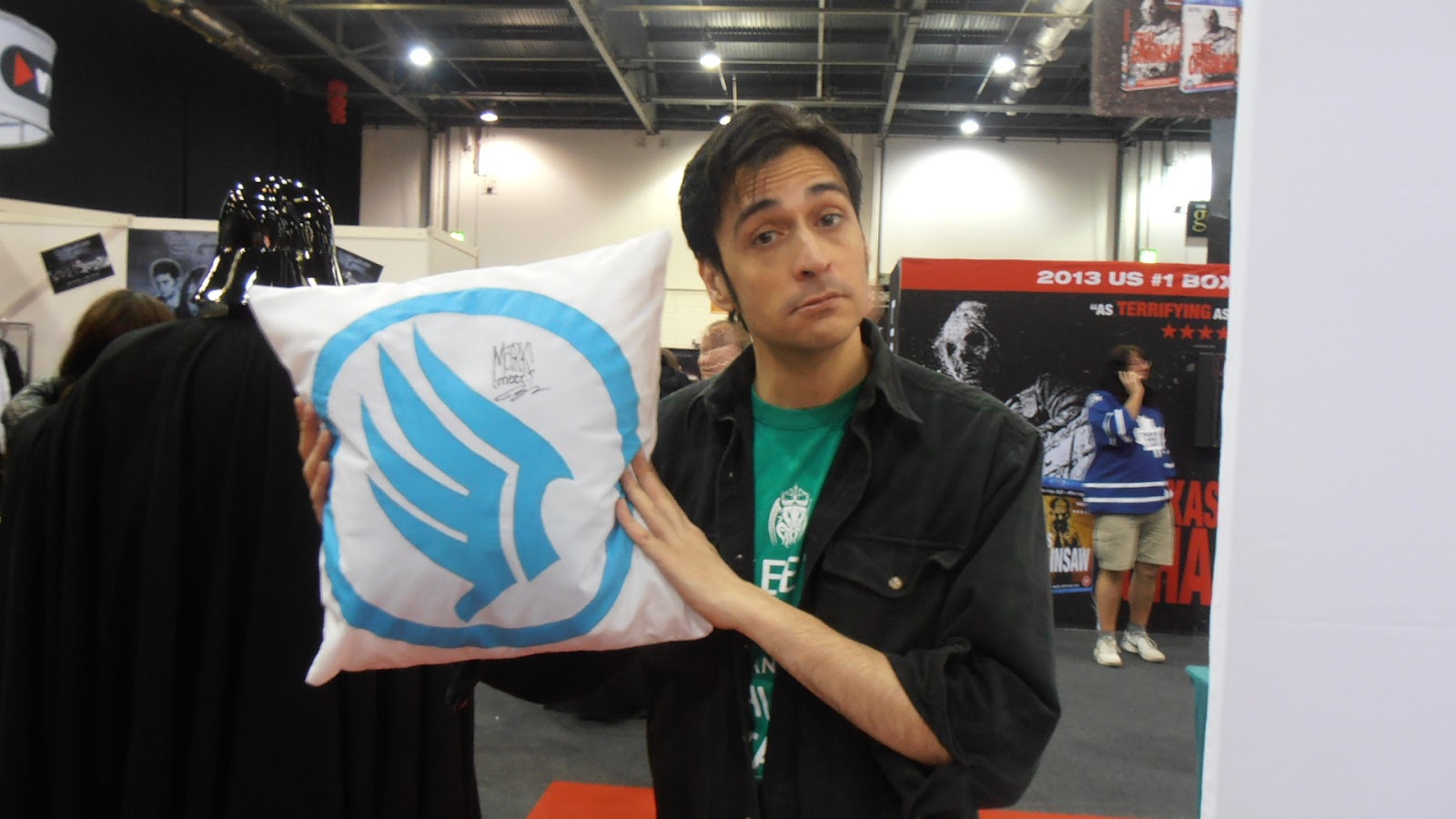 ﻿
It was an absolutely amazing weekend I met lots of lovely people but would like to say a special thanks to the two sets of stall holders either side of me.

Dot Deck -  who were selling Pokemon merchandise but also had a Mario stall and an Adventure Time stall.
https://www.facebook.com/pages/Dotdeckcouk/296610427039676
and
Shogun Toys - who sell action figures, plush toys and cosplay items.
http://shoguntoys.co.uk/

These guys were so friendly and helpful and made the whole experience a lot less daunting.

I'd also like to say THANK YOU to everyone who stopped by the stall to either say hi or to have a look at my work and hope you enjoyed the convention as much as I did. :)

I really want to do the Expo again next year I wonder if I start making D20s now I might have enough by then.....

Don't forget to check out the other geeky crafts that were at the Expo!
http://www.geekinsider.com/2013/06/03/the-geeky-crafts-of-mcm-london/
Posted by Geeky Cat at 22:22